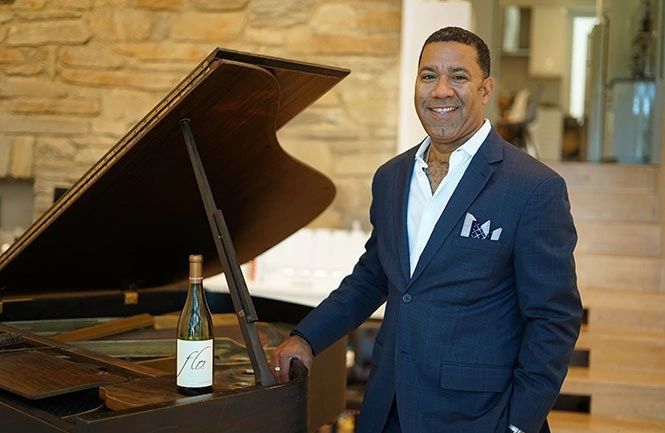 Get Your Ticket Experience

Marcus Johnson is an American jazz musician, producer, and entrepreneur. He is the director of For the Love Of Brands, a company that houses both a music and a wine label. He is the CEO/President of Marimelj Entertainment Group, Three Keys Music, and Three Keys Publishing. He is also the CEO/Founder of both FLO Brands, LLC, and FLO Wines, LLC.

When studying at Georgetown University, Johnson independently released his first jazz album, Lessons in Love, which sold more than 40,000 units. In 1997, he released his second jazz album, Inter Alia. These two independent CDs topped the best-seller charts at Tower Records stores in the Washington, D.C. area.   Johnson earned a bachelor of arts degree in music at Howard University where he was a member of Alpha Phi Alpha Fraternity.  Afterwards, at Georgetown University he earned both an MBA and Law Degree.

This performance arrives at The Bunker Brewpub, 211 21st Street on the Oceanfront in Virginia Beach. This venue  has a rustic flair that'll make a perfect wine tasting and jazz experience!

Come out and take-on the wine tasting of Marcus Johnson's Flo brands, then an exciting concert by this extraordinaire keyboardist.  His shows are electrifying!

It's a performance that you can't  miss!

Wine Tasting and Jazz on the Oceanfront!

Wine Tasting and Jazz on the Oceanfront!

We invite you to listen to one of the BEST keyboard artist performing at The Bunker Brewpub at 211 21st Street, Virginia Beach Oceanfront. D...

Sign up to hear from us about other great events.

Have a question?  Please use the button below.

We will get back to you as soon as we can.